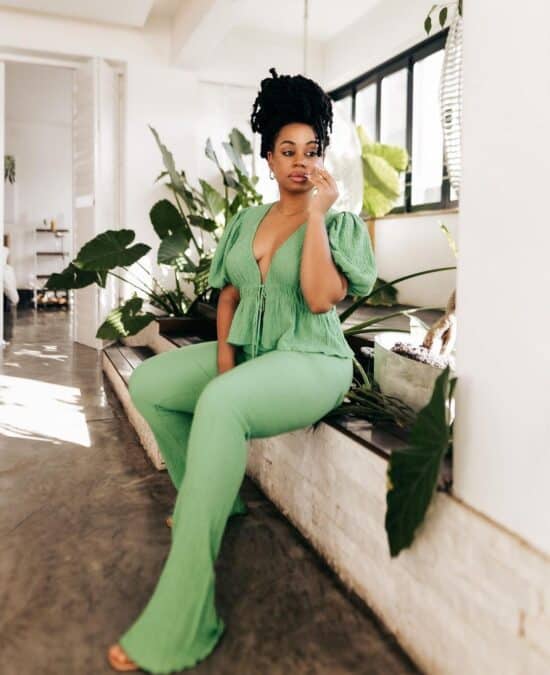 Charmaine Shamiso Mapimbiro, best known as “Sha Sha” is one of the world’s most beloved Amapiano artists. Her music has truly captured the imagination of millions around the world, predominantly in Africa. Sha Sha is of Zimbabwean descent but is a resident of the great nation of South Africa. She has established herself as a household name of the “Amapiano” genre. Working under the tutelage of the “House” music legend Dj Maphorisa also contributed to Sha Sha’s epic rise to prominence. With the recent release of her latest album, Sha Sha does not seem to be slowing down any time soon. She has well over half a million followers on Instagram alone. The Hype Magazine’s Life & Style Correspondent, Charles Myambo (CM) had an interview with Sha Sha (SS). Below are some of the excerpts from the interview.

CM: Today, you are widely regarded as the “Queen of Amapiano”. How would you describe your career journey since your professional music debut back in 2011?

SS: I would say it was humbling. It was a humbling experience because there’s a lot of hard work and patience that needs to be put in. There are so many ups and downs and many learning curves and so many fighting moments where you feel like giving up. It’s so fulfilling when you finally have that moment when you are on stage, and you hear a crowd singing back at you. It’s crazy, it’s a beautiful mess. For me to finally get my pop off was when I was 7 years into it. Before that pop off, it was crazy. It was hard and I had to keep fighting and keep believing in myself. So, when it finally came to that point where I am finally where I am now, it’s so fulfilling and humbling.

CM: You are a multilingual artist who is proficient in English, Shona, Zulu, and Ndebele. What was your experience like growing up with so much cultural and linguistic diversity?

SS: Growing up was very interesting. I went to like 10 different schools, hence I was exposed to the different languages because at some point when I was in South Africa, then I was in Mozambique, Botswana, Mutare, Harare. So, I was exposed to different vibes, cultures, and people. For me, at the end of the day, it felt like I inherited homes. I don’t have just one home, and in every community, there were things that I took and things that I learned and things that I carried, and I still have with me till this day. Growing up, it was hard to keep adapting to these different setups and different places. However, it’s crazy enough that it feels as though it was preparing me for this moment where I am constantly meeting different people and I am going to different countries and all sorts, I just had to and must adapt. For me it’s very natural and sense, it’s easy for me to soak in and see these cultures and adopt a few things of my own. So, growing up was hard, but as I grew up, I got to see how it played a huge role for me now, evidently in all my music with the different languages. I am yet to show a little bit more about the few things I got to see in an artist way in the future.

CM: How has your diverse background factored in your music and creativity thereof?

SS: Through my music, you can hear that I have been exposed to different cultures, places, and all sorts. I play around with Zulu, Ndebele, Shona, Xhosa, Sotho etc. With that said, you hear it with my music that I don’t just have one home, I have inherited more than just one home. It’s a very good thing for me now. Even then, it was a good thing because there are many things that I got to see at a very young age and experience at a young age. At that age, you are so influential, so it sticks with you. So, all these lessons, languages and values stick with you. I am grateful for it all. I am grateful for the moves and the 10 schools and everything in between.

CM: At present, you are signed to DJ Maphorisa’s Blaqboy record label. What has your experience been like working under the tutelage of a “House” and “Amapiano” icon like Dj Maphorisa?

SS: Honestly, working with Dj Maphorisa has been amazing. When people meet DJ Maphorisa, they see Dj Maphorisa, but when I got to meet him the first time I was like “OMG I am going to work with Dj Maphorisa”. However, at the end of the day, he became more of a mentor than anything and I have gotten to learn so much from that man. He has this crazy ear for great music, and I have gotten to be exposed to that, and the way he works. I have also gotten exposed to just him as a person because it’s interesting how people see him out there, but, when we were working in the studio and he was working with his artists, he is almost a different character. He is dedicated to bringing the youth out. He really wants to give people the opportunity to shine. Honestly, I have been very lucky to have worked with one of the greats.

CM: At what stage in your life did you realize that you were good enough to make it as a professional musician and what steps did you take thereafter?

SS: I never really thought that I was good enough to actually be like “okay, I will do this professionally”. Only when my friends took one of my singles to the radio and it popped off, from there, I remember one of the CEOs from the radio stations was so crazy about my voice. I was in Harare, and they said I should come through to Johannesburg and work with one of the mentors, who was Audius Mtawarire at that time. But prior, I honestly didn’t see it. I used to go to the studio for the fun of it and I also had to go to nursing school. It was my friends and sisters who believed and when I saw that moment how people were perceiving my music, it was that time when I said “okay, maybe I can do this”. That’s also the moment that I had to go to Harare and start working with my mentor. He built an awesome team around me and helped me come out of my shelf. I was really such a shy artist, so with the Lord and Audius, we kept pushing and pushing. We pushed for 4 years in Zimbabwe, trying to find my craft, my voice and all. Eventually, we wanted to cross over and then started working with a few producers in South Africa. As we kept working with the producers, I was lucky enough to meet Dj Maphorisa through my cab driver, in the midst of my sessions and going to my recording sessions. From there, the rest was history.

CM: How best would you describe your lifestyle changes since becoming famous and relatively wealthy?

SS: I would say my lifestyle has changed. Back in the day, I used to catch taxis when I wanted to go to town. I didn’t have a car or anything. At some point, I remember being a waitress, a receptionist, I remember being paid 50 USD for a show. That was all the come up, and then eventually, now, it’s a different situation. I don’t think I have changed much honestly. Of course, I don’t catch taxis anymore, but I am not much of a spender. What I enjoy is finding random quiet places and going to coffee shops and things like that. I would say those are the new things that I am doing. But I would really say I am an introvert and a homebody, but I have recently just started stepping out and hiking. There’s definitely been a significant change from back then to now.

CM: Prior to becoming established, what were some of the life challenges, hardships and sacrifices that comprised your life?

SS: Before I was established, some of the challenges were money. You just constantly don’t have money and you just constantly try to get the next paycheck and try to make sure you get heard; you perform for 5/6 people. It was crazy! Trying to get the paper, that was the hardest part ever. And also, just for the music to be heard, that was a struggle. Being patient and waiting for that breakthrough but it’s just not happening. 7 years was quite a long time, worse off with your parents breathing down your neck, asking all sorts of questions and family gatherings with people asking “so, what do you do”. Also, having to face that reality when people ask you, but well, nothing is happening. I just had to keep on keeping on, keep fighting and getting small jobs, events, and all. That must have been the hardest part, really.

CM: Let’s wrap this up with a question about future projects and aspirations. What can we as your audience expect from you Sha Sha going into the year of 2023?

SS: For 2023, I am super excited! It’s going to be quite a journey. There’s definitely going to be a lot of international tours and performances. I am looking forward to that. And there will be more videos, because I recently just dropped my album and I believe that I still need more visuals for it. Yeah, I believe that there’s going to be some iconic sh*t coming up, haha. I am looking forward to this next chapter of my life!

The post Interviewing The Reigning Queen of Amapiano – Sha Sha appeared first on The Hype Magazine.